A native of Dyer, Arkansas,  James Fred Patton was an educator, historian, successful businessman, and community activist.  He was a graduate of the University of Arkansas - Fayetteville with a B.A. and M.A. in history and political science.  He did graduate work at Harvard and at George Peabody College.  In his career as an educator, he was a teacher, administrator, and school board member in the Fort Smith Public Schools and at Fort Smith Junior College (now University of Arkansas – Fort Smith).

Mr. Patton’s long career included service on many boards and committees associated with projects that benefited the citizens of Fort Smith and of Arkansas.   A historian, Mr. Patton was the author of History of Fort Smith, 1817-2000.    He was chosen as one of the most influential persons of the decade by the Southwest Times Record and was highly regarded locally for his vision and civic involvement. 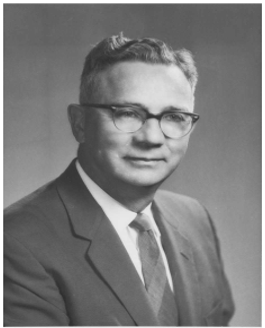